(Freeport, New York, September 27, 2002) - At its hearing last evening, the Village Site Plan Review Board approved the applications of the Freeport Electric Department and PPL Global in connection with the Freeport Power Plant 2 Electric Generating Projects.

"We are pleased that the Site Plan Review Board has approved the Power Plant 2 Generation Projects applications. This milestone is significant in moving the project forward towards construction" stated Hubert Bianco, Superintendent of Electric Utilities. "The combined hearing for the two projects ensured that the Site Plan Review Board had the opportunity to consider the Freeport Electric and PPL Global projects at Power Plant 2 in a consolidated and coordinated manner before making its determination and granting the site plan approval."

The Village Board previously considered an Environmental Assessment Report prepared by TRC Solutions and submitted to the Village on June 5, and adopted a Negative Declaration on June 25 which determined that an Environmental Impact Statement was not required.

Environmental permit applications to permit construction have been filed with the New York State Department of Environmental Conservation for these projects and are undergoing technical review. 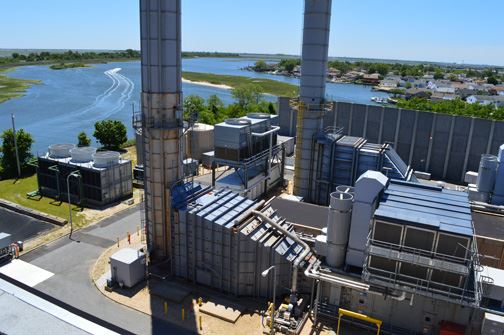